Multiple Sclerosis and (lots of) Vitamin D: My Eight Year Treatment with The Coimbra Protocol for Autoimmune Diseases

The Coimbra Protocol relies on doses of vitamin D that range from 40,000 IU to 200,000 IU per day. Mounting scientific evidence clearly shows that vitamin D has a powerful effect on autoimmune diseases, yet most doctors continue to prescribe no more than 1,000 IU or 2,000 IU a day to patients that suffer from such conditions.

In this book, Ana Claudia Domene describes her experience with multiple sclerosis and the treatment that has radically eased her symptoms, allowed her to discontinue all conventional medications, and restored her health.

Developed by Dr. Cicero Galli Coimbra, a neurologist practicing in São Paulo, Brazil, the Coimbra Protocol is a therapeutic approach that relies on high doses of vitamin D to halt the misguided attacks of the immune system, and it has enabled thousands of patients around the world to keep their autoimmune diseases in permanent remission.

Ana Claudia Domene was diagnosed with multiple sclerosis at the age of 40. Dissatisfied with the conventional medical therapies that actually made her sicker than she already was, she set out on a personal research odyssey into treatments that might restore her health. She found her answer in the Coimbra Protocol, a therapeutic approach that relies on high doses of vitamin D to halt the misguided attacks of the immune system.

After being on the Coimbra Protocol for eight years, Ana Claudia Domene wrote the book Multiple Sclerosis and (lots of) Vitamin D. She hopes that this safe and very effective treatment will soon be known to patients everywhere. Ana Claudia Domene is also the author of the novel The Path to Aaran. She lives in Albuquerque, New Mexico, and is currently working on the second book of the Aaran series.

​Buy Multiple Sclerosis and (lots of) Vitamin D: My Eight Year Treatment with The Coimbra Protocol for Autoimmune Diseases Right Here       Here for our UK Readers 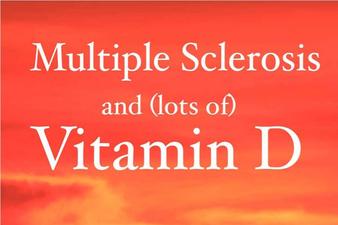 We've done the research.....Here is our Vitamin D Protocol